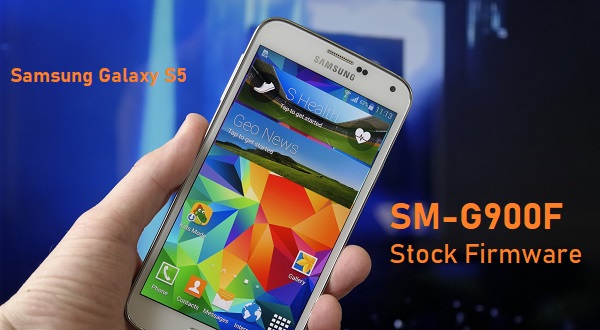 Do you want to repair the boot loop error of your Galaxy S5 device? Well, you can download Samsung Galaxy S5 SM-G900F stock firmware and flash the ROM. This flashing will fix the boot loop error like hanging the phone to the Samsung logo. In this post, you will get the latest, original, and risk-free flash file for the SM-G900F model that completes the flashing task without any problem.

On our website, you can download the official and original firmware files for various Samsung Galaxy devices. SM-G900F flash file is for Windows desktop and laptop only. Using the popular firmware, you can flash, upgrade, or downgrade the stock ROM within one click using Samsung Odin. This S5 SM-G900F stock firmware is compatible with all Windows versions.

Flashing stock firmware means installing the new ROM and deleting the default firmware. To flash the stock ROM, you need to download the latest and matching flash file.  In this post, we will provide the corresponding firmware file for the Galaxy S5 SM-G900F smartphone. This stock firmware can be installed, replaced, updated, or downgraded on the current stock ROM. Also, flashing the firmware will provide the “Unroot” access to your Android device. However, flashing comes with a few risks. As soon as you hit the flash button, the software warranty of your device will be void.

Samsung Galaxy S5 SM-G900F stock firmware is a small flash file mainly used to replace, upgrade, or downgrade the current firmware. To fix software issues or unlock issues, the users have to flash the stock ROM or, in many cases, install the custom ROM on their device. You can use this flash file on Windows computers only. With the proper USB driver file and a flash tool like Odin, you can immediately flash the firmware. However, flashing contains some risks; it wipes out all data from your Galaxy device. So we suggest taking a secured back of the whole device before flashing.

After buying and using a Samsung Galaxy S5 SM-G900F smartphone, the mobile will be faster because the RAM and ROM are fresh, and there are no apps or games installed on your phone. After downloading and installing multiple apps and programs on this device, you will see it is getting slower. Also, while downloading different files and media, viruses and malware will come with the files that can easily affect the device.

However, once your smartphone is infected with viruses, it will be tough to remove them because no matter how many times you reboot or delete them, the malware and virus will keep coming. Well, to make it faster, cleaner, virus-free, along with solving any software issue, you have to flash the ROM. Besides, if you want to manually upgrade the firmware, you can download the latest firmware from our site and flash it.

What can you do with SM-G900F Stock ROM?

You can use Galaxy S5 SM-G900F firmware on all Windows versions, including Windows XP, Windows 7, Windows 8, and Windows 10. To get the latest firmware, click on the link below, and the firmware file will be downloaded on your PC immediately. This firmware file is original and 100% working.

How to Flash or Install SM-G900F Stock Firmware

To flash or install the S5 SM-G900F flash file, follow the steps below.

Step 1: Download the latest version of the Samsung Galaxy S5 SM-G900F stock firmware file on your Windows PC by clicking on the above link.

Step 3: After extracting the zip file, you will see the latest firmware file for SM-G900F.

Step 4: Install the official USB Driver on the Computer (if in case the USB Driver is already installed, then SKIP this step).

Developer Credit: “Samsung” is the sole developer and owner of the flash file we provide in this post. As freeware, we are publishing on our website. All credit goes to the original and official developer team. Thanks for sharing such a useful file.

Warning: This S5 SM-G900F flash file and tutorial is for advanced developers and technicians only. You must know what you are doing; otherwise, you may brick the device. Take a full backup of your device before flashing. However, MTKArena.com is not responsible if you damage your device.