360 Root App is a Chinese root tool that works on any Android devices. The app language is in Chinese. So it can be difficult for some users to install and root the Smartphone. However, if you can translate the language or have any slight idea about the Chinese language, you will be able to root the Smartphone successfully.

It is a one-click root tool that is compatible with hundreds of smartphone models. In this article, we will provide the latest 360 Root APK along with installation as well as user guidelines. You will find detail about the essential functions and features of this app. Moreover, we will describe how to use this application to root the Smartphone. 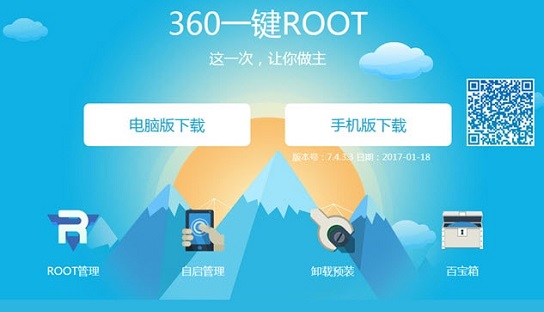 What is 360 Root Application?

360 Root tool is a simple rooting application that will get you SuperSU permission as well as admin access to the Android system. After rooting, you can control the device. Like KingRoot APK, iRoot APK, and Framaroot APK, this is too a one-click root app for Android device. However, rooting is an advanced system task that contains a little risk. If the tool cannot root the device or stop in mid-rooting, it will be bricked or dead. On the other hand, successful rooting will void the official software warranty anyway. That’s why Android rooting requires expert knowledge.

Learn: How to Root any Android Device without PC

Typically, the Android users do not need rooting their devices unless they are facing software issue or device-lagging problem. You will need to root to fix the system issue and optimize the device. After using an Android phone for a long time, the device gets bloated and multiple unnecessary apps as well as default applications slow down the whole device. That’s when you will need to root the Smartphone. It is essential to boost speed and get superuser access.

On the other hand, to flash the stock firmware, you must root the device first. So ultimately, you will need to root the Smartphone if you attempt to change the system file. Also, to get the admin access or superuser permission, rooting is necessary.

360 Root supports almost all Android smartphones and tablets. This app has already rooted more than 9000 smartphones. So you do not have to worry about compatibility issues.

This app supports only Android OS; there is no Windows version available yet. Though you will get the EXE setup file, we will reveal a secret to use it on PC. So you can root the device from both PC and Smartphone.

From Android version 2.2 to 4.4, you can use this tool. After downloading and installing 360 Root, tap on the root button, and the device will start rooting.

The one-click root app means you can root any device with a single tap. The simple and easy-to-use interface makes the rooting process quick. The rooting technique is easy. After downloading and installing the APK file, you need to click on the “Root” option, and the app will start the rooting. Within a few seconds to a minute, your Android device will be rooted.

As we have mentioned in the earlier feature, it is a one-click root app so that this tool will root the Android device fast. If you download and install the latest version, click on the exploit option to start the rooting process.

Warning: Rooting is an advanced and highly technical task because as soon as you click on the root button, the software warranty will be void for your device. While rooting, if you brick the device, MTKArena.com will not be responsible. So we recommend seeking professional help if you are confused with anything regarding the rooting.

In the above section, we have shared the Android version. But if you have Windows PC and need to root the device, you need to download the PC version. However, there is no PC version released yet. But still, you can use it on Windows using an Android emulator. We will discuss the process later. We want to mention that to root using the PC version; you will need technical knowledge. This tool will support all Windows versions. You can use it on Windows XP, Windows 7, Windows 8, and Windows 10.

How to Install 360 Root Application

As it is a one-click root tool for mobile, it will not take much time to root your phone. Now, follow the steps below.

Step 1: Download 360 Root APK on your Smartphone from the above link.

Step 3: After installing, tap on the “Open” button and click on the “Root” option.

Step 4: Now, click the “OK” option, and then it will start the rooting process.

Step 4: Wait a few seconds to one minute to complete the whole rooting process.

Step 5: When the rooting is completed, a green mark will indicate you have succeeded in rooting your Android device.

Step 6: When the device is rooted, you can check for superuser permissions by downloading and installing the SuperSU APK.

Step 8: Your device is now rooted ultimately and directly; you can modify, view, or edit superuser permissions for root apps.

How to Use 360 Root Application on Windows PC

For Windows computers, you have to use an Android emulator. So download and install the emulator and then install the APK file on the emulator. After installing, follow the above steps, like using 360 Root on Android and root the device.

Developer Credit: 360.cn (360 Security Center) has developed and distributed 360 Root Application. As freeware, we have shared the latest version of this post. A big thanks to the developer and all credit goes to them to create and share such a useful rooting tool.

This is all about 360 Root APK for you. We have covered all aspects of 360 Root along with the latest versions. The success rate is high, and it is 100% safe and risk-free. This post has tried to explain and share every detail and the download and installation process for both mobile and Windows PC. If you have any problem regarding this root tool, let us know in the comment section, and we will try our best to fix it.